How to Win Risk Game? 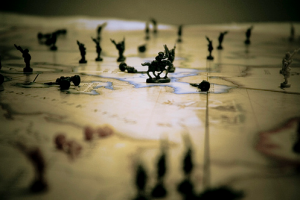 Win Risk Game! It is a dream to every power gamer that loves to play war games like Risk. So you’ve joined one or more Risk sites, you’ve gotten your feet wet in a few games, and you’re looking to take that next step. Well, today’s your lucky day. Some of the concepts below build off of those in this guide for beginners, some are brand-new, as befits your new status as a veteran player. Read the entire article to learn how to win risk game and any other type of war games online.

Whether you’re playing in a multi-player free for all or head to head, it helps to know the skill levels and tendencies of the opposition. A quick look at each opponent’s profile is a good place to start, as many sites will list information such as a number of games played, overall score, date joined, and win risk game percentage. If possible, it’s also a good idea to look through the opponent’s history of games played that are similar to the game you’re in. For instance, if you’re playing a six-player escalating cards game on the classic Risk map, then knowing that one of your opponents has only ever played three games with those settings can be an advantage.

To win Risk game you might also need luck, but as the saying goes, chance favors the prepared mind. Always try to have a plan that extends over the next several turns, with fallback plans in case the opposition does something that you were not expecting. Every attack you make should be in service of the larger plan, but you need to remain flexible and try and anticipate your opponent’s moves as well. Never attack just to attack instead, you should be attacking weak spots for cards, breaking bonuses, eliminating pockets, and hoarding troops for the final kill shot. Also, in most cases, if your plans involve getting amazing dice, then it’s time for a new plan. A good rule of thumb is that if an attack cannot succeed with average dice (meaning a relatively even one-for-one), it’s not an attack worth pursuing, save in direst need.

One of the great strategic divides in war board games online is between attacking a single defender vs. attacking a defender that can use both defense dice. In the former case, an attacker with all 3 attacking dice will win roughly 65% of the time. In comparison, in a given attack, three attacking dice against two defending dice will kill the two defenders a third of the time, split 1-1 a third of the time, and lose two attackers a third of the time. This divide becomes more pronounced over more attacks. Furthermore, if you have to defend two territories with 4 armies, then you’re better off with a 2-2 than with a 3-1, as you require an attacker to roll against two defender dice at least twice instead of at least once.

Analyze the Cost of Success

Imagine you’re playing a six-player game on the classic Risk board with escalating card rules, where card sets become more and more valuable as each set is turned in. While some sites have exotic card cash-in rates, the basic Risk formula goes 4, 6, 8, 10, 12, 15, 20, 25, etc. The upshot is that, after all, six players have turned in a set of cards, the next set will be worth 20 armies. Now, consider the continent bonuses on the Risk map. The two main targets for players are Australia/Oceania and South America, each worth a two-army bonus, but these small bonuses pale in significance compared to the ever-higher cash-in value of cards. Often, two inexperienced players will engage in a bloody war for one of the small bonuses, forgetting that they might each sacrifice ten or more armies for a two-army-per-turn bonus, and by the time the player who did “win risk game” the conflict has held the bonus for enough turns to recoup their losses, other players might be cashing in cards for forty or fifty armies. In short, only take a bonus if you can do so quickly and easily, with a minimum of bloodshed. However, that might not always be to your benefit, especially in Australia/Oceania, as we’ll see in the advanced guide.

“Haven’t you heard of dominate game? it is my preferred site for risk. it has a huge community, quick real-time games (with turns between 30 seconds and 1 minute long), and many variations (including flat rate vs. escalating rate, “blind” maps, multiple user-created maps, “capitals”, and even “team” games!). you should definitely check it out and review this awesome site”.