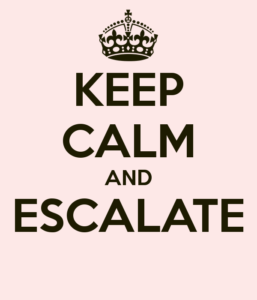 Escalating cards in a Risk multiplayer singles game can be one of the most exhilarating and chaotic game types out there. However, in order to succeed in escalating singles, there is one successful strategy to follow that will set you up for the coveted winning “sweep” across the board while playing Risk with Escalating cards.

The Basics with Escalating Cards Game

Some quick things to remember:

Here you should examine your drop: in the optimal scenario, you will have territories on or near almost every continent. However, chances are this isn’t the case, so you should look to spread your deploy troops around your territories to ensure you have a hold on the entire map, allowing you later on to have the ability to attempt an elimination or the ability to react to a move by an opponent. You should also reinforce any territories you have that border one another together. Two territories with troops on them next to each other do nothing to help your cause, which will rely on large stacks made by cashing and building. Reinforcing these territories together will also create “card spots.”
What Are “Card Spots?”
Card spots are territories with only one troop on them that will come up around the map as the game progresses. These territories will be used by players with more powerful territories bordering the card spot to have an easy spot to take to gain escalating cards, the most important part of an escalating singles game. Card spots are vital because they allow the players to build up to the climactic later rounds of cashing sacrificing the minimum amount of troops to gain escalating cards. 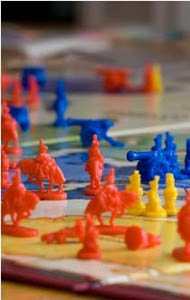 For the first half-dozen or so rounds of an escalating singles game, the game will probably progress slowly, with turns amounting to not much more than spreading the deploy and taking a card. However, in these rounds, you should look for the easiest possible targets, namely those opponents who have most, if not all, of their territories bordering or near your own. Once the cash starts piling in, the turn-in value will skyrocket into the 30’s and 40’s, where sets and kill shots will decide the game.

By now, the cash value should be upwards of 30 troops, and you should be set up to attempt to eliminate someone.Going back to the basics, look to eliminate a player that will give you a mid-cash, and go for the kill. Make sure you have every single territory of that player’s as a near guarantee to be taken—too many times have I done or witnessed someone kill all of an opponents regions but one, leaving the game to the next player in line. After you have (hopefully) killed your target, cash your set and look for the next person. Remember, you want another mid-cash that will help you sweep around the entire board, killing all your opponents. However, you do not need to kill every player as you go for eliminations; wiping out a few other players will give you a good grasp on the game and set you up to go forward. For this reason, you do not need a mid-cash on all your kills after the first couple. However, you should still ensure that you have as good as a lead on escalating cards as you can get. Just because you own most of the map territory-wise doesn’t guarantee you a win.

Using these strategies you should be able to win any game of Risk, whether playing the board game or playing Risk online.