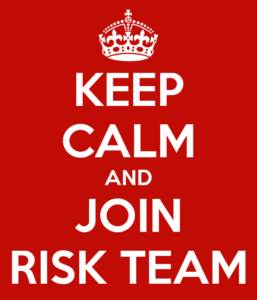 Win Risk Game team strategy? If you’ve gotten the hang of playing Risk online, and you want to start playing in team games? Not easily replicated in traditional tabletop Risk, team games, in this author’s opinion, are the most fun you can have playing online. However, like with any new game format, there are sharks awaiting your entry into the water, so here’s how to quickly get yourself into fighting shape and learn how to win Risk game in with a winning team strategy.

Many Risk sites offer team games, including Landgrab, Conquer Club, and Warlight, but each of them has slightly different rules as regards teams, so before starting any games, consult your preferred site’s rules and faqs and familiarize yourself with them. Also, there are different types of team games, differing both in size (doubles, triples, quads) and a number of opponents (either head-to-head or with more than two teams competing). Starting off, you might want to stick with head-to-head doubles until you get the hang of working with a teammate, and then expand your horizons to triples/quads and multi-team games. For the sake of argument, the rest of this guide will assume you’ve done just that.

I cannot stress enough how important your teammate for you to be able to win Risk game. This seems simple enough, but you’ll want to put some time and effort into finding a teammate, as playing with random people is the surest way to losses and frustration. Thankfully, finding a teammate isn’t very hard if you know where to look. First, look back on some of the games you’ve played. Perhaps there was an opponent that you played a few times (or maybe even once) who seemed particularly skilled. Also, look through the forums to see if your preferred site has a “team-up” or “callouts” forum and look to see if anyone has posted looking for new partners. As a rule of thumb, you’ll want to find someone who’s more experienced than you at team games. Once you have a few people in mind, do your homework: team experience, missed turns, communication ability. Get the right players to increase your chances to win the game.

The second-most important element to be able to win Risk game with a team, behind your choice of a teammate, is successful communication. Not only do you not want to be working at cross-purposes with your partners, but two heads are often better than one when it comes to devising and refining strategy, whether for a single turn or over several turns. Every site that offers team games offers a private “team chat” where you can post messages that only your teammate can read. Committed team players, however, often go well beyond team chat or even the site’s private messaging, using email, IMs, Skype, or even telephonic or in-person interaction to plan their moves to do the best to win the game. However, you decide to communicate with your teammate, though, do so early and often, even if it’s something as simple as “I think I should attack Territory X and fortify Territory Y, what do you think?” If you find yourself with a teammate who, despite your vetting, does not communicate very well, then it might be time to find a new teammate for future games.

Use Your Gaming Skills

Much of what you’ve learned playing single-player games applies perfectly well to team games: attacking intelligently, defending stoutly, defending and breaking bonuses, analyzing the cost of success, having a plan, etc. In a head-to-head situation, you can be even more aggressive since there is no third party to swoop in and exploit your weakened condition. Use your gaming skills to be able to win online war games.

Keep Learning How to Win at Risk Games

It takes a little time to start winning at online war games in a team gameplay, particularly for people experienced at classic Risk. If you play against experienced opponents, likely as not they’ll defeat you. But every loss should teach you something, and don’t be afraid to private message the people who beat you and ask for some insight or tips. Oftentimes, an experienced team player may even offer to team up for a few games and show you the ropes how to win Risk game. This is an opportunity not to be passed up.